The trip north to Atlanta is not one of my favorites, mainly because it is long and dull, and I feel like I have done it a thousand times. Hurricane Sandy provided a little excitement this time, causing the Suburban to change lanes unexpectedly more than once. Road time by myself is always an opportunity to listen to the music that I want, at the volume I like, and that makes the trip to Atlanta much more tolerable. Hurricane Sandy and/or the prevalent wind out of the northwest reduced my already less than economical gas mileage. What is with the gas pumps that stop at $100.00 anyway? Does making me insert my credit card more than once per fill-up have a point?

I arrived at the “Tree House” before five and was greeted by its inhabitants Bill Foster, Laine Wood, Hankenstein (the recently sutured Lab’s current nickname,) and Hobbs the cat. We had approximately forty-five minutes to greet and update before my need to don my finery for our evening at the Fork and Tavern required attention.  Upon arrival, nearly forty of Foster’s friends, and family welcomed the birthday boy uproariously as Foster admitted being somewhat shocked that he knew every single person in the restaurant. Bill’s youngest daughter Kristen had executed the surprise plan perfectly in spite of a couple of near slip-ups by Laine and me. 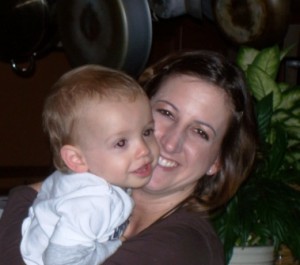 The party actually continued until late evening, resumed for breakfast, and finally broke up near sunset on Sunday back at the Tree House. I quit partying there sometime Monday afternoon when I climbed back in the truck and put “Lethargy Lodge” in my GPS. After about four more hours of music appreciation, I pulled in to my second home in Tennessee.

My sister, Veita Jo Hampton is a well established author, poet and editor. She has just released a novel entitled August in Defiance about a family subjected to the 1993 flood waters of the Missouri and Mississippi rivers. The flood has destroyed the funeral home that held their mother’s coffin and taken her body and coffin down river. Stressful and comical, the drama and support shared by this small community in Missouri make for a very entertaining emotional rollercoaster ride. Reading this book tuned up my reading skills and consequently I have turned a bunch of pages this week. A book about Jimi Hendrix, written by his brother Leon went very quickly. The Red Dragon, a war novel about Vietnam in 1968, written by my friend Clifford Gissell, who spent twelve years in Special Forces, actually took two whole days.

I have been reviewing some of the things that I have written over the years, with some editorial assistance from my sister. Things that may or may not make it to the website. Here at Lethargy Lodge, my nickname for the large house on the hill, is a great place for me to decompress. 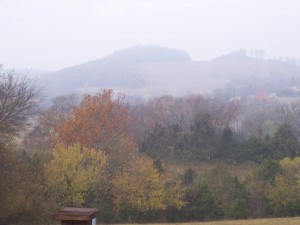 From the balcony of Lethargy Lodge

My activities include the afore mentioned reading, seldom accomplished in my normal state, some shooting of targets and stumps, also difficult to accomplish during my real life, and lots of time with sisters, brother, nieces, nephews, and their children. Great place to visit, and it may become a great place to live, but not for a while. I don’t believe that I am saying this but, on Thursday I am back on the road, going even farther North.

Adopting the philosophy of indecision as the key to flexibility turned out to be the theme of this road trip. By two on Friday I decided to pack, by four I was on the road. An oil change, tire pressure check, a desperate need for a new cruise control module for the suburban, all forgone in the interest of moving ahead. A short stop at the wife’s workplace to let her know I was on my way out of town for a week or two, ended with observing a green puddle beneath the ‘Burb and the distinctive odor of antifreeze. The immensely valuable tried and true “close visual inspection” yielded an empty radiator but no discernible leak. A leftover cooler full of water bottles and Gatorade from the last sailboat race provide initial fluid replacement for the hydro-free cooling system. A trip to the restroom with four empty half liter bottles provided a second gallon, and I convinced myself that would get me to somewhere with a hose. (Writing it made me realize that two quarts is only half a gallon.) Oh well, it is only a block to the store/station. The air/water dispenser at the Citgo at the corner of I-4 and Lee Road will take your dollars worth of quarters. It will not apply any water to the water hose, and my tires were not the issue. Two gallons of cold water for an additional five bucks did fill the radiator, temporarily. I hoped it would get me home. It lasted four miles. During that four miles I called my buddy Foster in Atlanta and told him I had intended to surprise him but I was having radiator issues, as my favorite mechanical person, he understood and offered a couple of suggestions. As I veered onto the exit ramp for SR 436, I noted the rising temperature gauge. How convenient for the Mobil Lube and Brake Center that I had intended to stop at earlier in the day to be located at that precise location. I pulled in under a cloud of steam. The first attendant said “you are not looking for an oil change are you?” He was very astute, so astute in fact he directed me to a different parking place while he went to find the other mechanic/attendant. Under the hood, steam was rising from the passenger side exhaust manifold, and Astute One said, “oh no, looks like it is coming right out of the head.” Astute Two was more methodical, he checked the oil dipstick and I was grateful to not be embarrassed by an obvious lack of lubrication, and it was still relatively clean. Most importantly, it was not milky, the way it might have been, if the head or head gasket was the issue. Next he opened the oil filler cap and it was clean. I was proud. By this time Astute One had returned from inside the station with a radiator filler container, old school, several gallons, with the long curved neck. Radiator was empty and cool, not good, but it made opening the pressurized cap less eventful than it might have been otherwise. He poured, and poured, and poured some more. The water started pouring out onto the ground from the short heater hose next to the firewall. The manager had arrived by now, looking at his watch, as Astute Brothers questioned whether or not they had the right hose. “Can you fix it?” says I. “Yeah” says Astute Two. “Better hurry,” says the manager as he looked at his watch again. While the mechanic found the right hose the manager said “I am not gonna charge you for eight inches of heater hose. You got cash?” I nodded. ”Tip the kid”, says he. I made sure the tip was enough to be remembered and shortly thereafter I was on the road again. My plan included a stop at the Forrest’s, Andy and Diane, because I had acquired a copy of John McLaughlin’s newest CD, and few of my friends appreciate McLaughlin jazz like Andy and Diane. Secondly I hoped to catch Fisk Hayden to deliver a Harken wire bullet block and net some cash. Both of those parts of the plan were successful. Next phase included a trip to Gainesville to see Thor, my older son. Pleasant news on several fronts there. Promoted, certified, clarified, and organized, who knew? We talked until early, and I went on down the road. The motel where I landed was overpriced at $29.95, although they did have a mattress and running water.